Santa looked over and said, “Hey, is that Skyy?!!!” She was so excited. He remembered her from the years before. He had the glove in hand and a huge smile.

This is the story of how Skyy met the real Santa . . . For some of those who I have just met this year, Skyy is completely blind. 🙂

Tis the Season! We all decided that today was a good day to catch Santa while he was making his rounds in the Memphis area. Skyy had been rehearsing her speech to him for weeks! A Greatest Hit Eagles Album and a Talking Camera. Go figure!

I had read in the newspaper that Santa would be at the Collierville Square today. Skyy was so excited! We laid out all of our clothes last night so we would all be ready to take pictures with Santa. We drove to the square, and not one person was there. We were so confused. So we asked one of the store owners where Santa was, and he said that Santa had already come LAST WEEK. Skyy was so bummed. I wasn’t quite sure what to tell her. Then I remembered that Santa always made a stop at the mall! So off we went to the mall.

And, of course, the mall was super busy. The line to see Santa was out the door. So we hurried over only to be stopped by the security officer. “I’m sorry ma’am, Santa has to take a break, and we have to cut the line off here. He will be back later tonight.” Oh my goodness, we were so bummed, AGAIN! We stood there for a few minutes feeling a little perplexed. This was the last weekend we could see Santa, and coming back later that night wasn’t an option. Then, I felt a little tap on my shoulder. “Go on ma’am, just don’t tell anyone.” The security officer unhooked the railing and shuffled us in as the VERY last people in line.

Babies screaming, parents rushing, cameras flashing. You know the drill. When Santa visits the mall, it can be a little crazy. But we waited patiently in line for at least an hour. As we approached Santa and his elves, we noticed him yawning and rolling his eyes. He was obviously very exhausted and ready to get back to the North Pole. He even asked his elves, “I thought he was the last one,” referring to the crying boy in front of us. Obviously Santa needed a break. Even though we were last in line, at least we were there!

Skyy was READY! She was next. All decked out in her new jacket, boots and sporting her white cane.

Skyy is completely blind. She walks with a special white cane. Santa then lifted his head and saw her walking toward him and his entire face lit up! His exhausted frown turned to a smile and his Christmas spirit began to glow again. We were so excited. And of course, Skyy forgot EVERYTHING she had rehearsed weeks before. She sat on his lap and they talked about the fun of Christmas. All the while, the sweet photographer was making the very best out of photographing a completely blind child. Kuddos to all photographers!

As I walked over to the desk to choose the best photo of Skyy with Santa, I overheard the best Christmas story ever.

Santa began removing the white glove on his right hand and then handed it to Skyy. He looked at her with that sparkle in his eye and said that the glove was hers to keep. But only for a while. She was to immediately go home and place it on the Christmas tree. The glove was to stay on the tree until Christmas Eve. Santa said, “ I will be back Christmas Eve for my glove. Please keep it on your Christmas tree. And Christmas morning, you will know I’ve been there, because my glove will be gone.”

If you ever see our tree and wonder why we have a white glove hanging there before Christmas, let it be known, we met the real Santa Claus today! And he is coming to our house to get his glove back on Christmas Eve.

What a special morning that will be! When the white glove is gone from the Tree. Put a white glove in YOUR tree. And I bet Santa will come 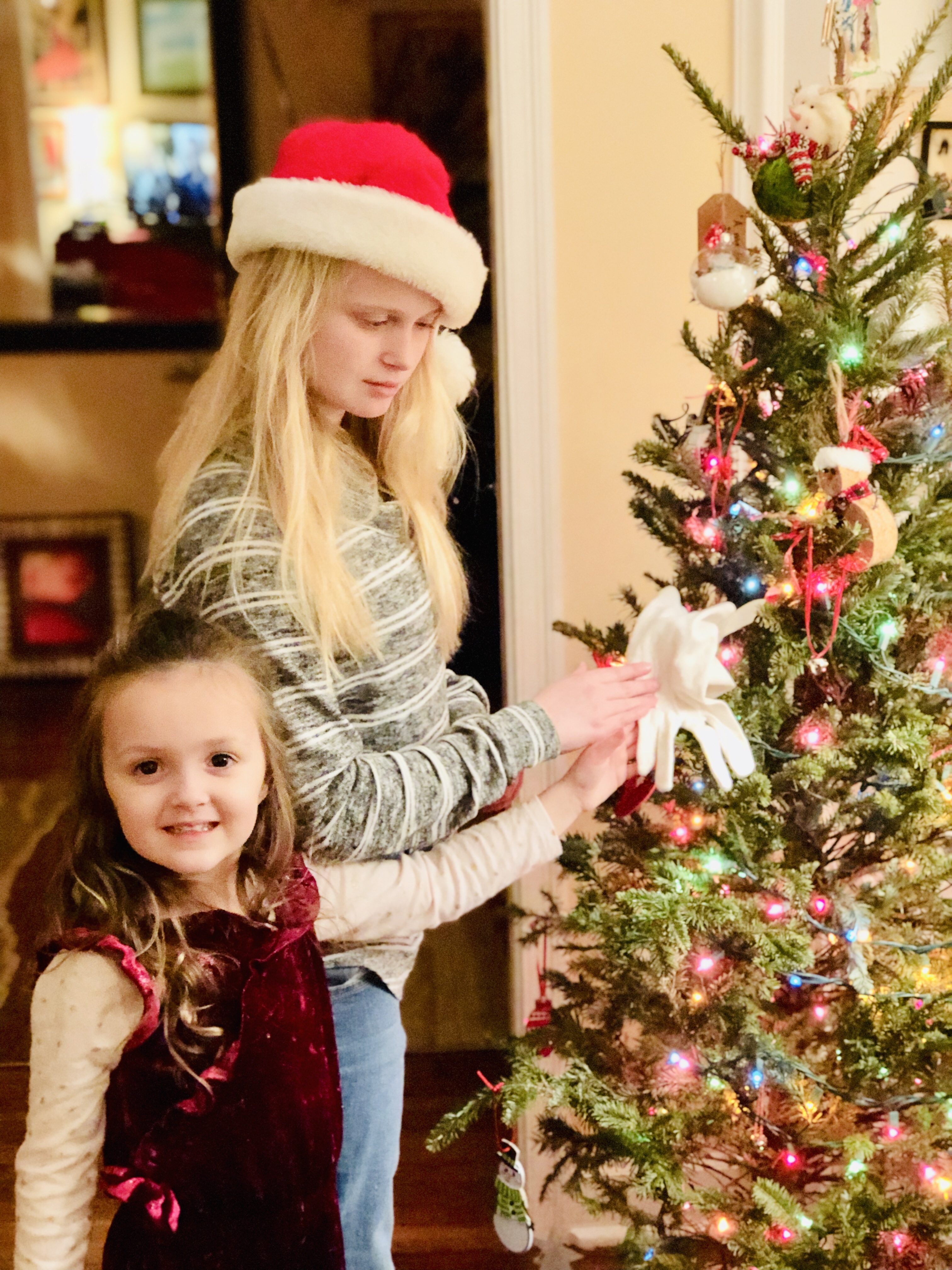